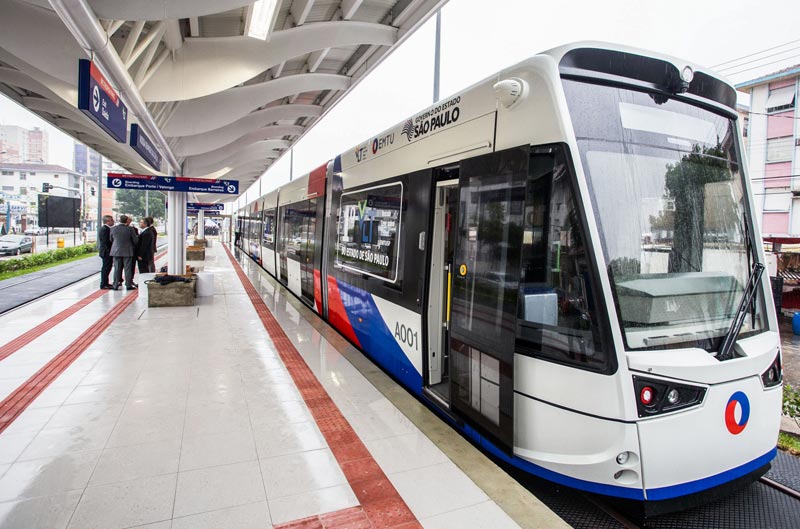 The UITP Awards celebrate the most innovative and ambitious sustainable mobility projects from across the world, contributing to the sector objective of doubling the market share of public transport by 2025.

The 2017 UITP Awards were handed out during the Global Public Transport Summit in Montréal. We sat down with each winner to learn more about their project and to pick their brain about innovation in the sector.

Tell us briefly about your project:

What are some of the highlights of this project?

From the user and urban development standpoint, this project was effective in awarding two modes of transport for one operator ruled by one single contract, promoting fare and operation integration of the bus and LRT systems. As a matter of fact, the project launched the LRT operation over a region where only buses had previously operated, thus upgrading public transportation in the Baixada Santista metropolitan area. Metropolitan Region. From a stricter contract regulation point of view, the project was designed with state-of-the-art legislation and risk sharing mechanisms, providing a regulatory and economic framework that is attractive to the private sector and also suitable for public policy purposes.

What lessons can other authorities take away from this project?

Other authorities may take this PPP contract as an example of systemic thinking, where the system and contract modelling involved planning from the city and user standpoint, and not entirely driven by the technical features themselves. That is to say that all the PPP variables were designed with the production of public transport services in mind, regardless whether they were provided by bus or LRT. Then the contract clauses set rules across a dynamic structure to control the operator’s behaviour. Therefore, the main driver of the modelling was a systemic and integrated approach.

How does this benefit customers, what’s in it for users?

The customer is the ultimate beneficiary of the new system implemented. Fare levels have been preserved even with upgraded technology, faster services, and more comfortable trips, as a result of the integrated system designed. Also, the new LRT mode was conceived to improve urban development in the region, increasing the positive external benefits for the population, which go beyond public transport in itself.

the new LRT mode was conceived to improve urban development in the region, increasing the positive external benefits for the population, which go beyond public transport in itself

What is on the horizon for ADDAX? Tell us about any new projects.

As a consulting company, we are engaged in several new PPP modelling projects in the public transport sector. These include the Concession of Lines 5, 15 and 17 of São Paulo’s Metro as well as the Commuter Rail Lines 8 and 9 of São Paulo’s Metropolitan Region presently operated by state-run CPTM. These projects are in different stages, some with the tender offer published for bidding proposals, some at the Concession/PPP modelling phase.